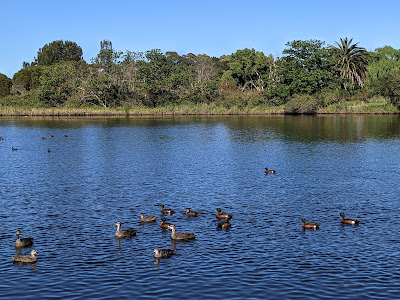 At work, there were a bunch of "no regrets" initiatives and it prompted me to think about life and decisions or life choices.  Big or small I realised you could attach a "no regrets" lens to things or at least decide based on less regret!  But I also wanted to look at lens by taking responsibility for my decisions and have since adopted a No Regrets Policy.

At one stage I was thinking about writing a book. Not for anyone but for myself.  It was going to be WWYD or What Would You Do?  (Or in my case, What Would Yvonne Do?)  This policy is part of the imaginary book.

What is a Policy?  I work in government and I still don't really know what a policy is!  But to me it's a principle or a framework in which to work within.  So that's what I do with my No Regrets Policy.

Earlier this year I bought a new mobile phone.  I was tempted by the salesperson to upgrade to the next phone up as it would be "free" if I signed up for a 24 month plan at $65 per month.  The phone was going to cost me $599 or the upgraded one discounted from $799 to $700 with the voucher worth $799. I currently pay $25 per month on my plan and have no complaints about the data I get with it now.

The difference in the plan is almost $1000 ($960).  Given the phone I was going to buy is only $599 I didn't think it was worth it.  I was sat down with the salesperson who was signing me up on the $65 so I grabbed my calculator app to plug in the details.  TCO is Total Cost of Ownership.

I knew I would regret being tied to a 24 month plan and paying "extra" for a phone for features I didn't need / want.

For financial matters it's fairly easy - as long as there is no regret for the 'thing' purchased! No regrets also means weighing up the opportunity cost of a decision too.

For other things it may be more difficult but then by taking responsibility for my actions and decisions it takes care of the rest!  The most difficult ones are the long term decisions that are hard to see any noticeable effects of.  For example a tempting piece of cake or taking supplements.  What is the long term effects of eating a piece of cake once?  Negligible. But what if you knew that to deplete PUFAs from your fat stores it took 4 years? (Yeah I'm on an anti-PUFA bandwagon at the moment).  Or what about 'investing' in crypto?  At the moment it seems all the rage.  I've even put some money into crypto as of November 2020... and the ROI has been pretty amazing.  But I'm unwilling to put too much into it as I'm risk adverse.  I'm only putting in $ (money) that I am willing to lose - at this stage I'm treating it as money spent rather than invested as I know it could definitely go south.

I've always had the thought of taking responsibility and that I "always have a choice" even if all the choices are horrible at least there is a choice. By making a decision, you also become responsible for the decision. I suspect that's why many people don't like making a decision.

I like having a policy to live by and to make decisions by.  Rightly or wrongly it provides a framework when decisions need to be made. For me the No Regrets Policy helps ahead of time when making a decision and even after making a decision.

When trying to make up my mind about doing something I have to ask myself if I will regret not doing it or regret doing it.  And then once my mind has been made up and things are actioned my policy disallows me from regretting any poor decision!  By having that lens on it it makes me think of only the positive of a decision.

For example these days I am reminiscing about the days we owned a 109 acre block in Howes Valley.  How good would that place be now given remote working and having space but due to my No Regrets Policy I am just now allowing myself to regret. So I look back on it fondly and find only the positives of learning so much when establishing the property. (The link above is the blog for the journey).

Anyway this was a bit of a ramble as I had started it months ago but thought that I should finish this post (actually it had been that long that I had forgotten I started it!).  As part of my No Regrets Policy I wanted to try and progress something "useful" this weekend.  So this blog post was one part!