By Yvonne August 14, 2016
UPDATE: Laptop was returned to the shop today (3 days after purchase) due to faulty hardware - something wrong with the speakers/audio drivers.  I ended up upgrading to a different machine and brand.


It was time for a new laptop.  My Sony Vaio was losing keys and the Wifi was stuffed.  I also wanted something less flimsy although generally it worked well.

The things I wanted to improve on this time was:


That's about it.  Everything else was working pretty well really. 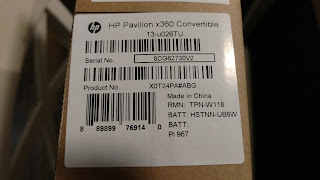 It wasn't just the price.  Actually based on specs they were pretty much on par.  But I wanted things like a standard HDMI port and an extra USB port was important.  But it was just little things that tipped things over.  When testing it in store the Lenovo didn't let me ALT + F4 which normally closes the screen. A simple thing.  I didn't want to have to deal with the quirks.  And then there was the price.  The price was about $200 different.


I would have liked more storage space as I was getting close to 128GB on the Vaio but I think I just have to be more careful esp given most of my storage needs are met by our cloud backup drive at home or just on cloud storage.


Overall I'd recommend it.  At this price it's pretty decent. 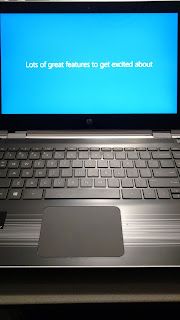