Doggie friend for Sprocket? (Help with a name!) 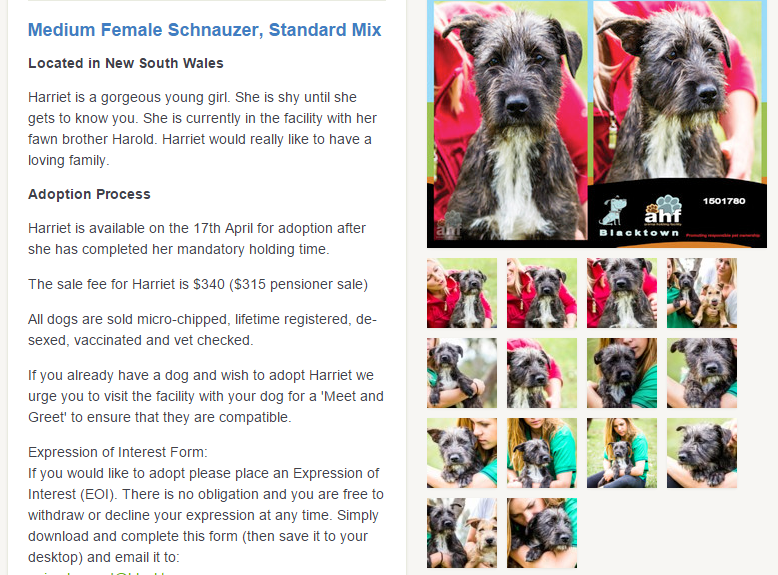 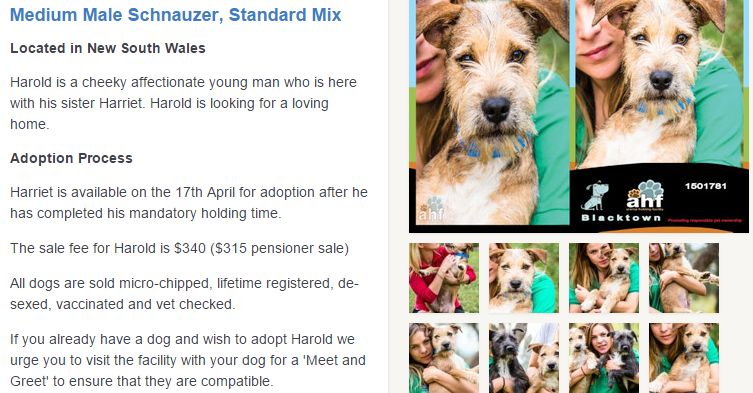 So I popped my name down as we are looking for a friend for Sprocket still after we didn't manage to adopt a cute Beagle cross called Bronco:

So after putting in an EOI for both the Schnauzer Cross dogs I got the call that I was the first to put in for the first doggie, the brindle female dog.

Here are some adorable photos of this doggie from Petrescue: 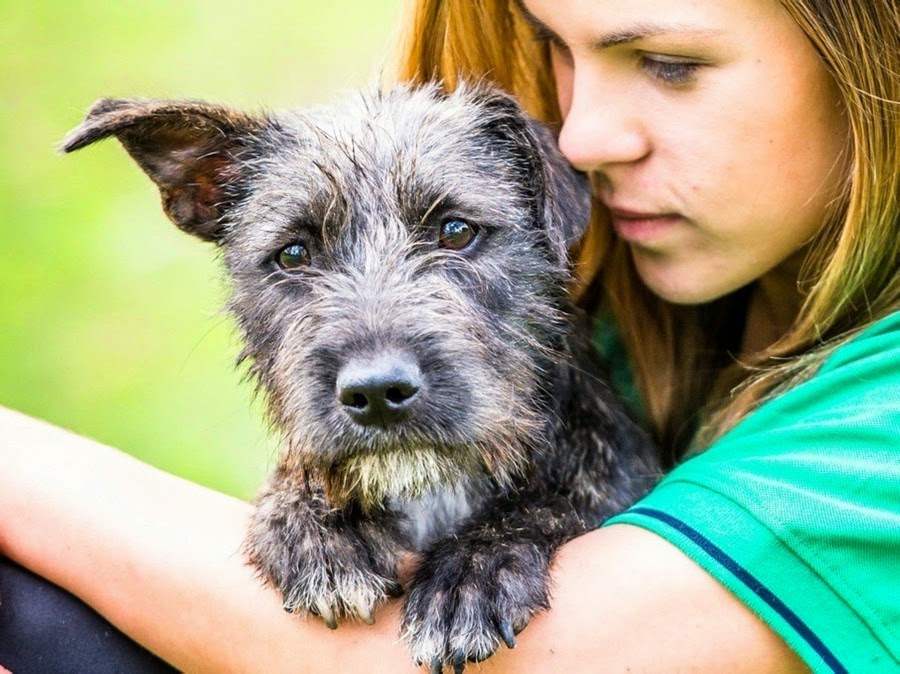 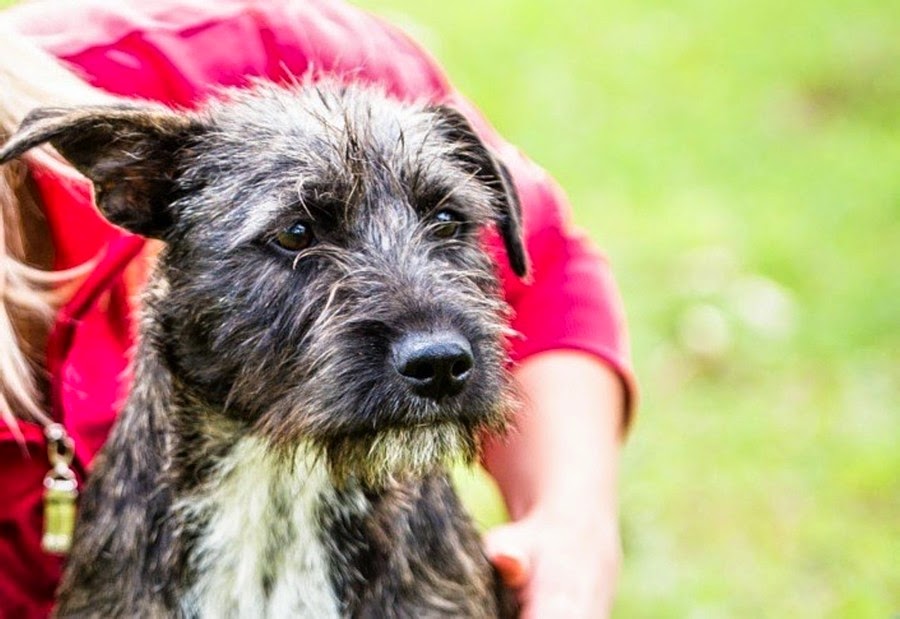 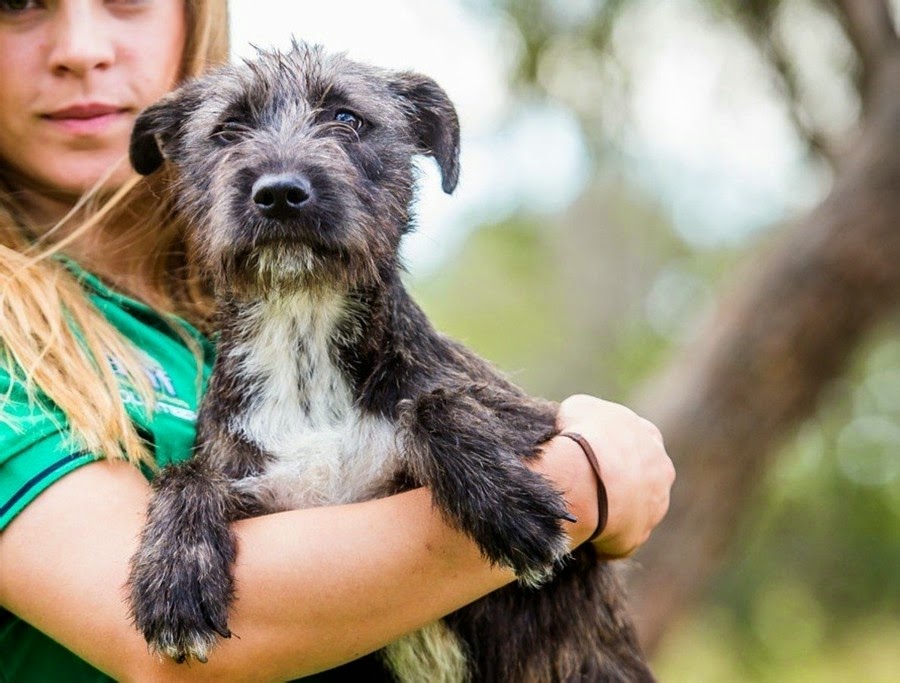 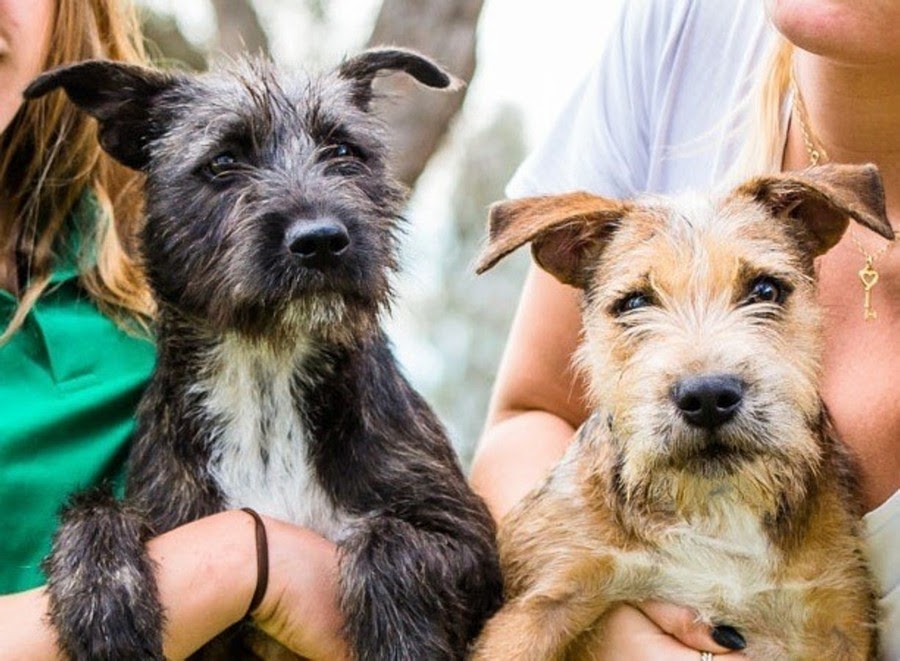 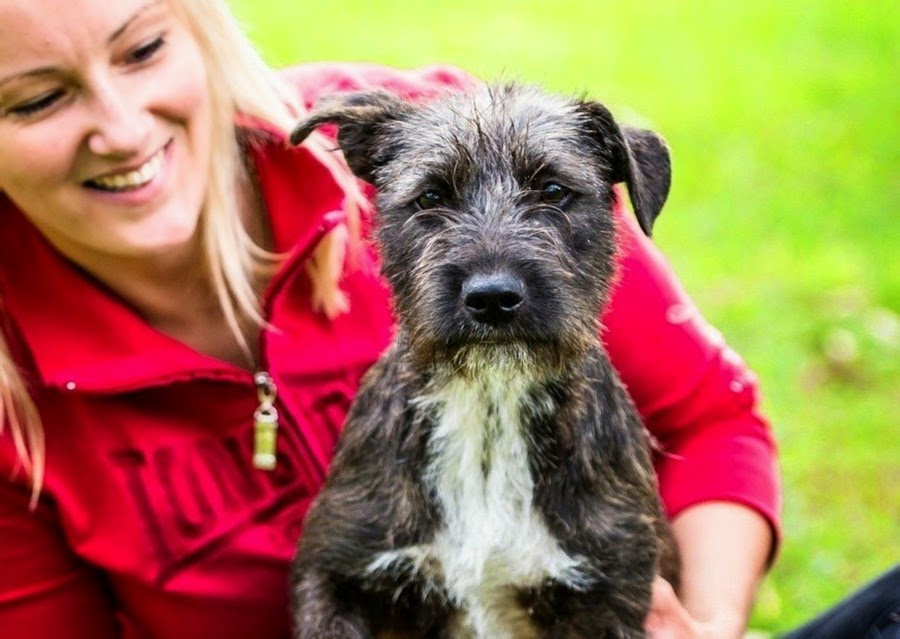 On Saturday I went out to meet her with Sprocket.

She was a timid old thing.  And didn't warm up to anyone.  But looked a lot more confident after a couple of hours - esp compared to the photos above. 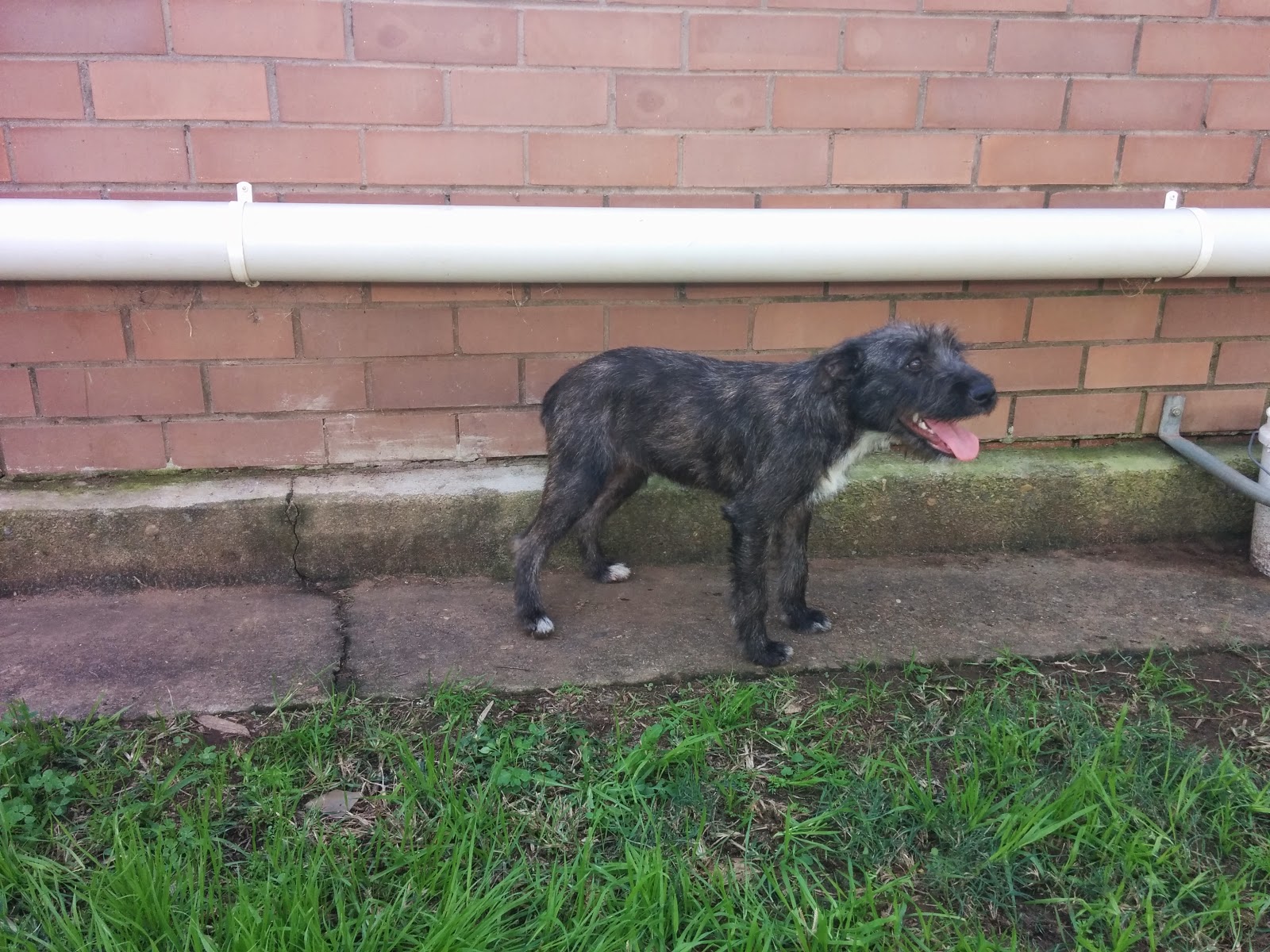 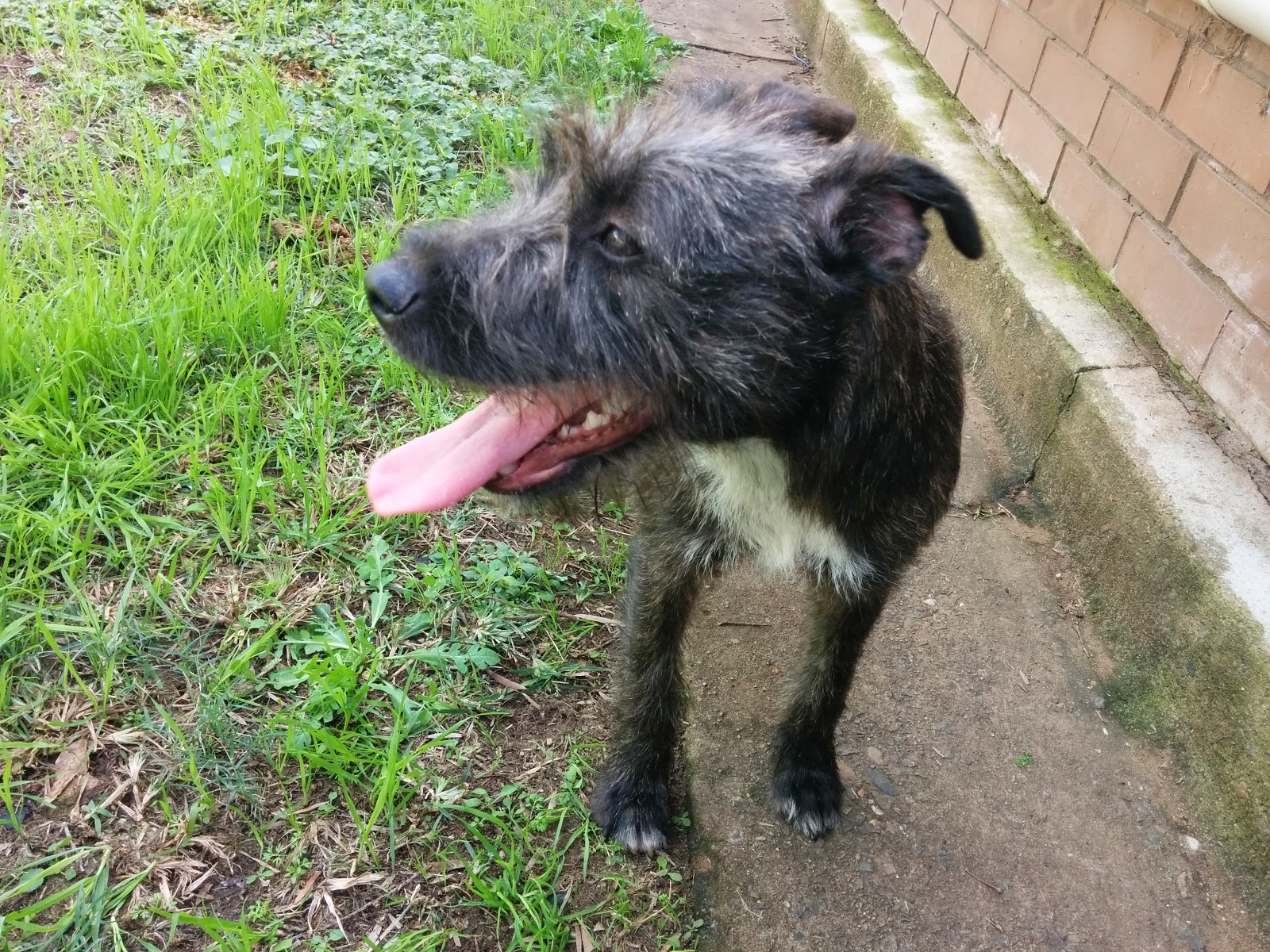 And I really don't like having my photo on the interwebs but can't resist adding this photo of me and the two doggies.  Sprocket was also an ex-pound dog and from the same facility.  The Blacktown Animal Holding Facility. 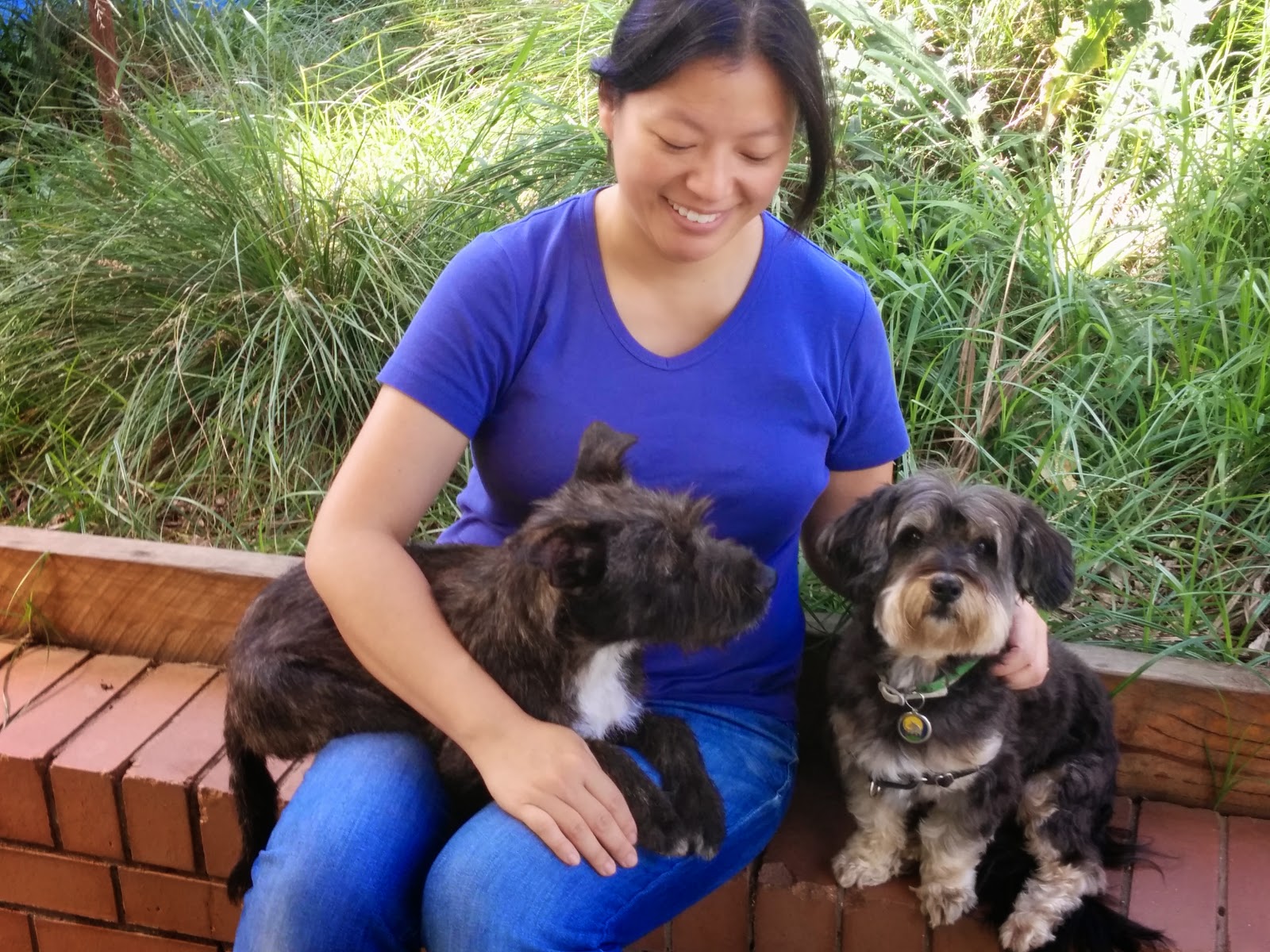 The issue is we don't want another problem dog.  Sprocket is great but suffers from Separation Anxiety.  Something we've gone to a lot of training, and spent lots of money to ease.  But with our move into my MIL's place and the imminent move home to our new place, we're concerned that he'll suffer a lot again :(

It'd be great to give the little girl dog a home.  So what do you think we should name her?  I'm not that into human names for dogs but otherwise she may be called Harriet.  Only because that was the name on the Petrescue site and a name that was given to her based on seeing her in a photo by a colleague of mine.  Someone who didn't even know he was psychic.  It was quite spooky to be honest!

Oh and we don't think she's a schnauzer.  She looks like an Irish Wolfhound cross.  But they tend to be HUGE.  Her brother (see photo above) is a fawn/blonde colour.  Someone suggested maybe a wolfie cross with a jack russell?  That is a strange pairing...

Sunday.  Sunday we pick her up.  Unless there is something that doesn't work out.

She's cute but nameless.  Help her out.  Let me know what you think she should be named!