Mocoro - our latest pet and gadget in one

By Yvonne March 18, 2015
Mocoro - fuzzy blue (or pink, yellow or green) gadget that cleans your floor and is fun.  It's marketed as a robotic floor cleaner.

This guy is hilarious.


Unboxed this guy after purchasing it online month's ago.  It's not the genuine Mocoro as the instructions don't quite work against the actual thing but it doesn't matter.  He's a cool Cookie Monster blue (and comes with different 'covers') and rolls around the floor.  The really cool thing is that he (it?) rolls around in inconsistent ways and often just 'rolls off' to do it's own thing.  It's quite hilarious (strange sense of humour I have maybe?)  It often goes against a wall and just um... becomes fairly affectionate against the wall...

Initial thoughts about the 'useful' part of Mocoro:


If I had time I'd create little stories featuring the Mocoro.  It'll be hilarious.  Maybe even start me Vining or Instagram video'ing.  Or should it be Meercatting these days?  :)

If you want one for yourself, I'll be listing a few 'spares' I bought on Oddswop (if shipping from Overseas my take was getting a few more).  Although I'm tempted to keep them all for myself and giving them as gifts to others.

UPDATE
I have used it for a short stint and can confirm that it cleans!

I have a very dirty cover thing for proof! 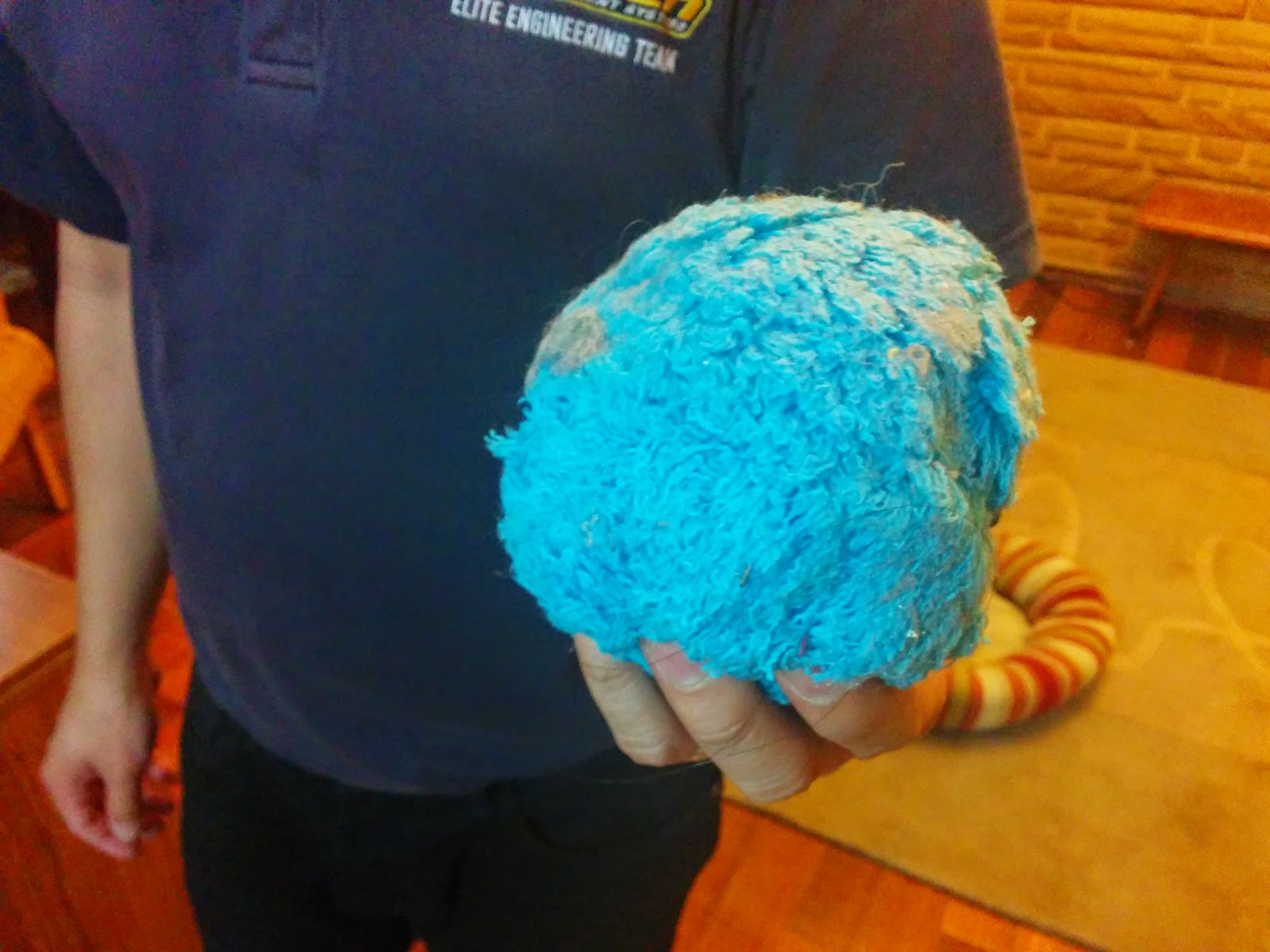 Oh and when rolling around a rug it doesn't seem to have the power to go ontop of the rug so all good.  All the hidden dust and hairs under the seats were cleaned up.  WIN!