By Yvonne May 18, 2016
I just updated my "now" page... and rather than hiding the photos there as I'd wipe them in the next update I thought it was good enough for an actual blog post.  Because without a photo I'm not prompted to update...

I'll do a couple of retro updates too for the previous months as I think it's pretty good to have a curated set of photos indicating what I've been up to!

Non photo'd progress is that I'm being coached by a developer. Let's me flit from one topic to another from using Sourcetree and understanding git principles to learning to evaluate code.  All for working on BadgerMe.  It's going OK except the tech is letting me down.  And that's getting me down.  Argh.  I spend one day of the week working on my own stuff including BadgerMe and other bits and bobs.  I still have dreams about New Home Review but it may never come to fruition as it's just a lot of work.

Ridiculousness at work has seriously broken me.  I discovered a small windup toy in the work kitchen and just had to play with it.  Seriously (personally) hilarious.  (I don't think most of you would get it.  It's just something I found and played with and felt embarrassed about when caught by someone coming into the kitchen). 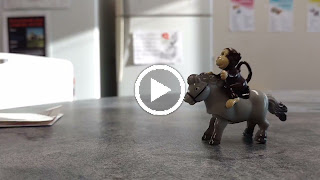 Oil rubbed bronze spray paint.  Can fix the bling that I don't like (shiny brass or shiny silver is just not my thing!)  Thank goodness Will is an expert spray painter! 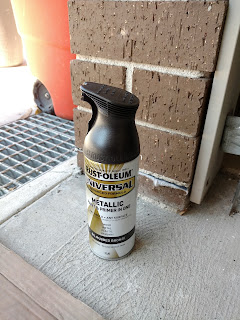 Minions.  I need them.  I need them at work but not when they are BANANA flavoured.  Bleah.  But hilarious enough to take a photo and post them into a work Slack channel. 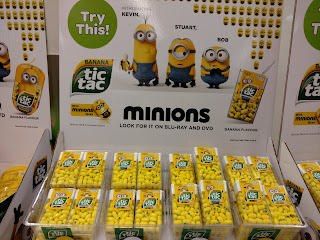 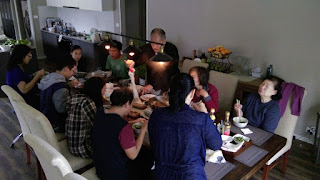 We bought an investment property!  Off the plan.  Doesn't settle till end of 2017. 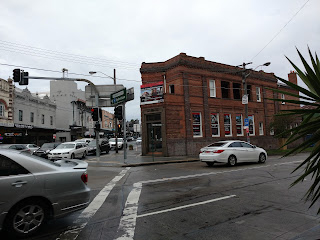 Visited the pwc offices to do some filming with Metarove.  So this is how stock photography with the diagrams on glass is done... 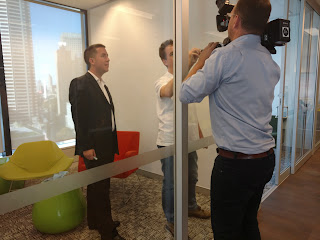 Ice cream.  Nitrogen flavoured.  OK not quite nitrogen flavoured but yummy stuff.  Don't squirt the syringe of sauce on your neighbour.  Just don't.  Others aren't as forgiving as me... 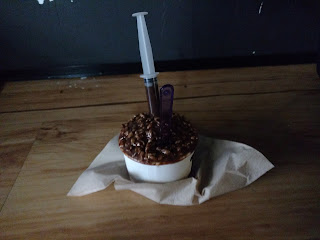 Fun at home.  Dogs may be able to stay at home rather than being driven to various places during the day.

Tried coffee at the Little General & Co in Riverwood.  Nice coffee.  Brekkie is all pre made.  Nice but not quite hitting the mark.  Great decorating though! 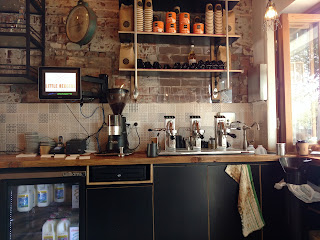 Ah memories.  Memories of being judged when pitching.  This was the progress review for the current cohort of Founder Institute Sydney peeps.  Garry was in his element and showing off his new pitching judging app. 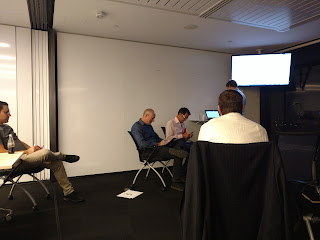 Let's hope this purchase isn't a dud.  Needed a replacement bluetooth headset.  This is a little on the big side but comfy so far... 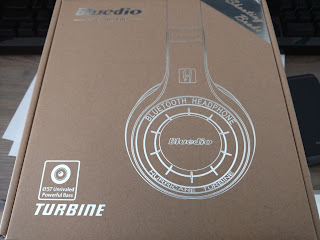